Hello Anders,
This is the itsy bitsy Kingdom of Åland, four land miles (40 km) from your Swedish coast, writing you. We Ålanders are mostly silent types, but now we actually have to ask the question: what are you and your colleagues really thinking? And the follow-up question: do you have any idea what your decisions cost not only Sweden, but also the rest of us in the Nordic region?

It must be admitted that we were a little jealous at the beginning of March last year. When Finland, by which we are formally governed, closed its borders and restaurants, while you kept the steam up, out there in the west.

”Protect the risk groups but let the rest of society function,” was your slogan. ”We Swedes can at least take responsible care of ourselves.”

Oh, WOW what an adult, we muttered ashamedly to ourselves. The light comes from the west!

But sometimes the light comes from the west because the sun is about to set. Although we were buried until the middle of June, at least we were buried still alive. At the same time, the Swedes began to die in droves in the sunshine, no matter how responsible and adult they were. And the caregivers and nursing staff broke.

The simple fact was that once the community spread had taken hold, it could not be kept away from the nursing homes.

And if you have a policy to a) keep the old people at home for as long as possible and b) let them be served by hourly-wage staff with a ton of different clients, then you should not be surprised if the death toll soars.

Did you really not understand how it would go, when the gig workers flew around like pollinating deadly bees among your most fragile citizens?

You chose an easier path than we. Perhaps you also defined ”public health” a little more broadly than we did and tried to avoid the Swedes being too mentally affected?

Or did you think that, ”a little wastage you have to reckon with?” Forgive the rude question, but Åland doctors already heard earlier this spring via private Facebook groups from their Swedish colleagues. Your National Board of Health and Welfare instructed the doctors in the nursing homes to write in their patients’ medical records who should not have access to intensive care if they contracted the coronavirus.

That was hard to believe, back then. Wouldn’t doctors be writing de facto death warrants in medical records?

Now we know this actually happened. Maybe you all thought the same thing that Johan Giesecke seems to have done – that the vaccine would take two or three years to produce, and that all countries would eventually have the same death rates?

But the rest of the Nordic region has been hit extremely hard by your decisions as well. Trade and travel and tourism have gone to hell, partly because you went your own way. And the hardest hit of all are us, the Ålanders. Because we live off our shipping companies and our hospitality industry, on the tourists we love to welcome and pamper on the cruise ships and in the cottage villages and on their cycling holidays.

All that is now erased. Had we held together as a single region from the beginning, things could have been different. After all, the Nordic co-operation bodies were in place. But, no. You would be the adults and take your own individual responsibility, even for contact tracing. Are you happy with the results?

Everyone makes mistakes. You made some bad decisions this spring and had to pay a high price. But why in Heaven’s sake have you not learned from the lesson? Why did you make almost all the same mistakes when the second wave came last autumn? Why is it only you and Donald Trump in the entire world who still refuse to recommend the general use of facemasks?

Anders, there is no education in the second kick of a mule.

There is a great risk that the novel virus mutation – with its even more rapid spread – will make minced meat of your entire healthcare system. Why then do you not vaccinate the healthcare staff first, like everyone else? Why not lock down society at least for a couple of weeks, as we did a year ago?

Who is the adult here, really? 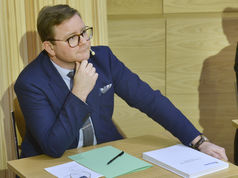 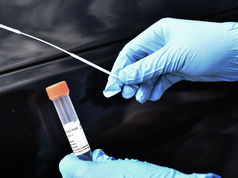 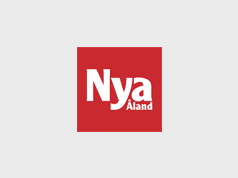 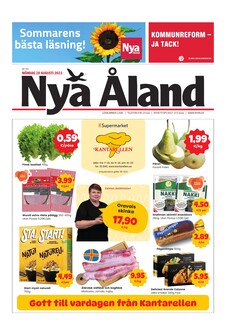 Logga in till din sida